Our past couple of days have been non-eventful...just passing the time before we go in to the office tomorrow AM for Brooklyn's 1-week post-op check. It's kind of crazy that it's already been a week since her 4th surgery. Tomorrow AM (Thursday - 11/3/11) we'll be heading in to the office to have Brooke checked out, make sure she's doing ok, & then we'll be on the road. I'll explain our past couple days with a few pictures...


Just a cute picture of Cali B playing with her little dollies instead of going to bed!!﻿ 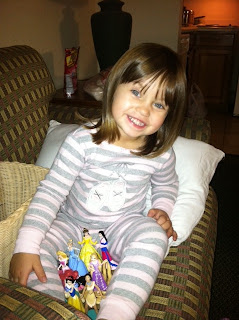 Tuesday we went to the Field Museum. It was the only "big" museum that we haven't been to in Chicago yet. They have different exibits going on for a few months at a time. In January when we were here it was something that I really wanted to see but we never made it. In March & August it was "The Horse". This time it was "Chocolate Around the World" (oh yippie) & "Whales". I guess it should be pointed out that I'm definitely NOT the museum type. I'm more of the amusement park person. I just don't appreciate stuff in musems like I should. Plus, it's kind of hard getting in to things with both girls running around. Anyways, it was still nice going to the museum for something new to do. Here it is:﻿ 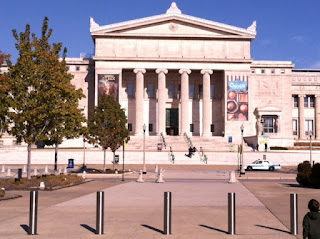 They have a full-size dinosaur inside...﻿ 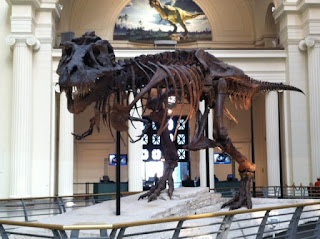 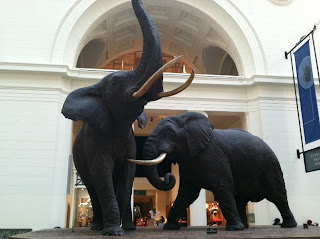 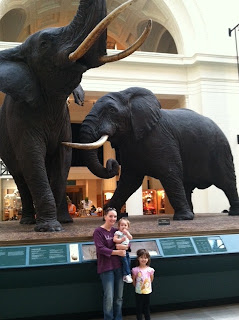 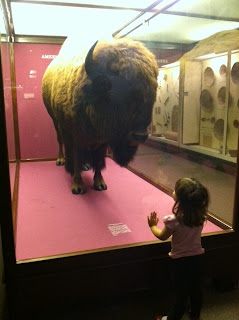 After the Field Museum we walked across the grass to see Dora at the Shedd Aquarium. Our annual pass is almost up so we needed to do something free today! We went to the aquarium, went to the Dora theater & the lady let us in for free! (It's usually $3/person but b/c it was late in the day she let us in for nothing. :o)) Then we just walked around for about an hour before they closed at 5pm. Here's a real penguin...﻿ 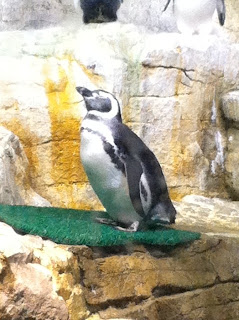 And here's a real penguin person!﻿ 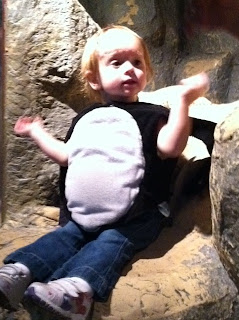 ...and another penguin person!﻿ 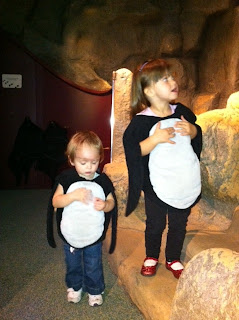 They had a blast dressed up as penguins, doing things penguins do... Like slide down the ice...﻿
﻿ 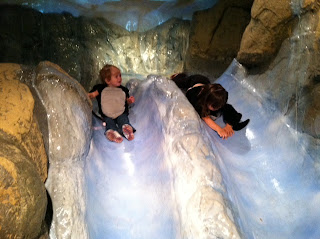 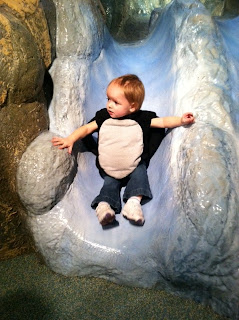 After the penguin dress-up was the submarine.﻿ 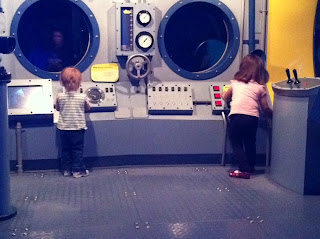 Today we went to the BIG mall, 12 miles away, so Dustin could get another pair of mail carrying shoes. We had lunch at the Rainforest Cafe so the girls could be "entertained" while eating. Here's Cali with the dolphins that we got to sit next to:﻿ 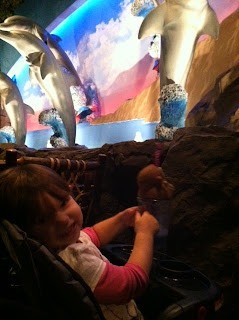 And of course a little bribery goes a LONG way! If Cali was a good girl & sat in the stroller (which she hardly ever does) then she'd get to go play in "Play Land" (as she calls it). So she was a good girl & she got to play. She had a ball & we let her play for a while...& even let Brooke have a good time playing too.﻿ 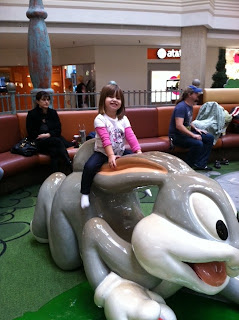 Then it was time to come back to the hotel & pack up so we can leave tomorrow. :(  We ate our complimentary dinner at the hotel in the lobby, said our goodbyes to our favorite hotel staff, & packed up the car so we can get up bright & early...
Posted by ~Merilee at 9:16 PM