I'm a Princess...yes, I am. You want to know why? Because my brother is a Prince. So that makes me a Princess! :o)

My brother, Curt, was crowned Homecoming Prince last week!! :o)  I was able to go to coronation on Wednesday the 5th to watch...& it was so exciting! 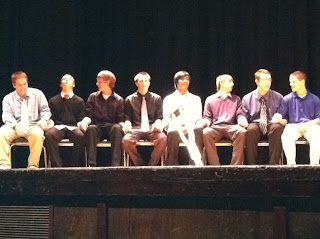 The guys holding hands waiting to hear who got Prince & King. (Curt is on the far left of the picture.) 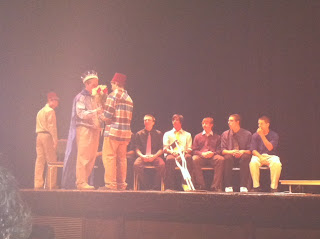 And the Prince is Curtis Cauffman!!! 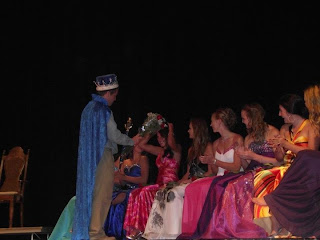 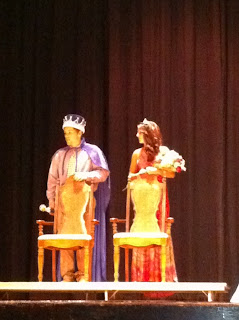 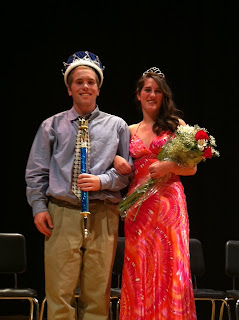 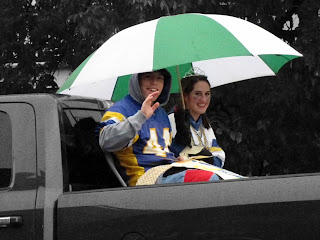 At the Homecoming Parade on Friday the 7th. 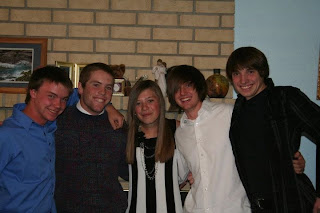 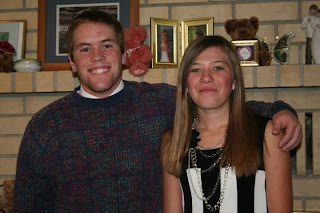 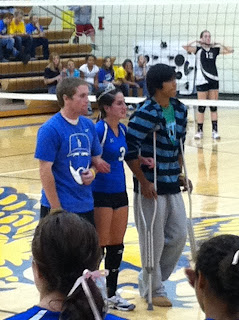 The Homecoming Court (minus the Queen) being introduced at the Homecoming Volleyball game on Monday the 10th.