Well where to start....
A week ago today I decided that Brooklyn's hair needed to be cut...bad! I'd already buzz-cut it before so I wasn't nervous at all. I got out the buzz-cutters & started cutting. I was thinking back to when I'd cut it before & I could have sworn that I'd used the shortest setting. Well after doing one run through with the cutters, I quickly realized......I was wrong! Oh my gosh!!! I couldn't go back so I just had to continue with what I was doing. I kept apologizing to her cause in the end her hair was SO short. It was so short she looked like a boy & I just cried & kept telling her how sorry I was! Well what's done is done, I thought. To make matters worse though, we had an appointment to get the girls pictures taken at Sears on Tuesday (just 3 days later).

So Tuesday came & I just ended up putting a bow on her head...so you can't really tell all that much in the pictures that her hair is that short. The pictures turned out absolutely amazing, by the way. (See below.)

In the time after I'd accidentally cut her hair so short I just started looking at her nevus. I noticed that it's changing a lot. Some hair grows up, other hair grows down, or to the right & left. There's dark spots & light spots. The weirdest thing though is this very dark patch on her head. You can actually see it in the pictures. It's SO dark, but the weird thing is that the skin is actually very light! It's the hair that's super dark. But the hair on the rest of the nevus is lighter & then the nevus itself is darker.

Now, it's 100% normal for a nevus to change like that, but after looking at it for a few days I realized that I'd really like a pediatric dermatologist to look at it. I'm the only one that hasn't taken my nevus-owning child to see a dermatologist. It's a pretty important thing to do. They look at it, see how it's changing, & then follow up about once a year after it's removed to make sure that it's not turning malignant. (By removing the nevus it drastically reduces the risk of developing melanoma; however, it's 100% impossible to get every single cell during the removal process, so even though the risk is incredibly low, there's still a very small chance that it can turn malignant after the removal process is over.) So I thought "We need to see a dermatologist."

My big problem now though is who do we see? One of the best in the country is located in NYC. He actually spoke at the Nevus Outreach conference so he was on the top of my list. But how difficult to go to NYC now...and then every single year!! My next option was to go to someone in Chicago. If we have to go there for the surgeries anyways then why not see the derm there? But again, after the whole surgery process is over it'll be pretty hard to get to Chicago once a year. So the next best option is to go to Denver Children's Hospital. It's within driving distance...where I can drive there in 1 day and it can actually be a quick trip. So I asked around to some nevus outreach friends & then searched the Denver Children's website. I sent in an inquiry on Wednesday & was supposed to hear back from them on Thurs. I never heard anything so I said that I'll call them on Friday if I still haven't heard back. I got home about 1:15pm and there was a message on the machine...it was from the dermatology dept giving me the name of the best person for us to see. I called them RIGHT back & they took down all of our information & then said that she could see us on the 21st. I saw that it was a Tuesday & said that I'd take it. I needed to see if someone could work for me that day, but figured it'd be ok. So I put the appt in my phone & when I was looking at the calendar I realized that oh my gosh that's THIS COMING Tuesday!!! LOL!! I guess I didn't realize we were this far into September already!

So I hung up with them, called the lady that works for us and thank goodness she could!!! Then I called my co-worker to tell her what was going on, then called my friend to see if we could stay with her, then called & told Dustin, then my mom! Whew!! I was on the phone pretty much for a solid 2 hrs getting everything in order. I think it's meant to be b/c everything just fell into place. So then I started doing laundry & getting things together for our drive. I figured we'd leave Sunday, have Monday to hang out with Jennifer, then the appt Tuesday, and drive back Wed. I'm not nervous at all...except that I think it'll take a lot longer than 10 hrs to get there. :o(  I have a feeling I'll be stopping a lot to comfort/feed/hold Brooklyn. My mom can't go with b/c it's such short notice so it'll just be the 2 of us. We'll get it done...and we'll be fine...but I'm a little concerned that I'll have to stop a lot...which will make both Sunday & Wednesday LOOOOONG days!

I'll write again after we see the derm & let you know how it went! :o)  Keep us in your thoughts & prayers ESPECIALLY Sunday & Wednesday!!! Here's some pics from Sears that we got taken on Tuesday. They were Cali's 2 year pics & Brooklyn's 6 month pics! 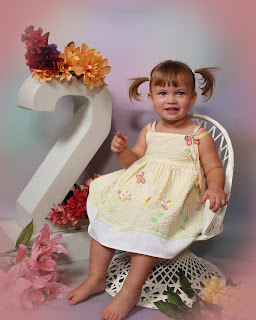 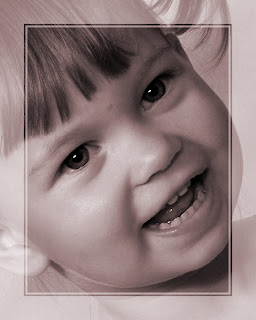 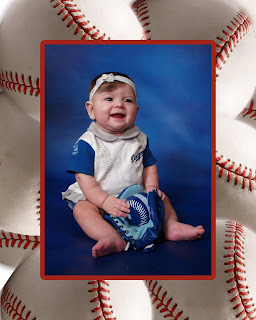 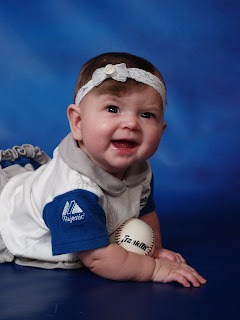 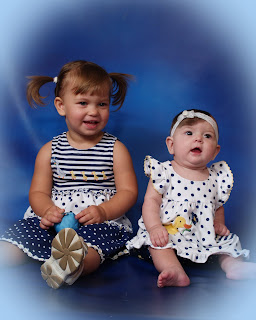 Cali & Brooklyn in their matching ducky outfits - thanks to Auntie Valerie! 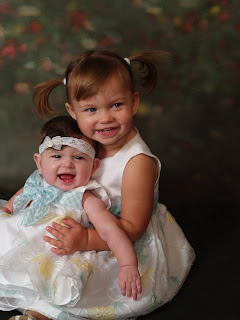 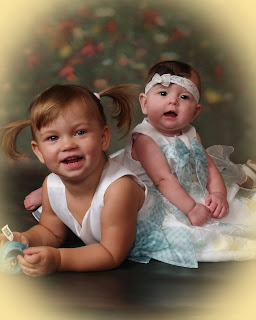 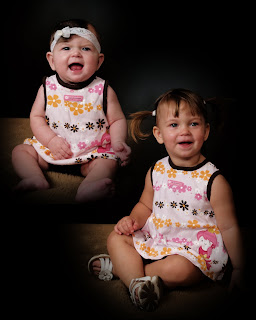